A tatami is a type of mat used as a flooring material in traditional Japanese architecture. Tatami mats are traditionally made of a straw core slab with a woven soft rush straw covering. They usually have edging of cloth for decoration and are manufactured in standardized sizes, with aspect ratio of 2:1.

There are four standardized size tatami, called Danchima, Edoma, Chukyoma,and Kyoma in Japan. Even though tatami is less commonly used in modern housing, it is still widely used as a unit of room size, jo. 6 jo(6 mats) Kyoma is much bigger than 6 jo Danchima, and that’s why it is important to understand the difference between them.

It is difficult to perfectly align 4 corners, so in general, layout on the left is preferred unless formal design is required.You almost never see 4 corner layout in residential architecture, while it is not uncommon in formal or main rooms of temples and shrines. 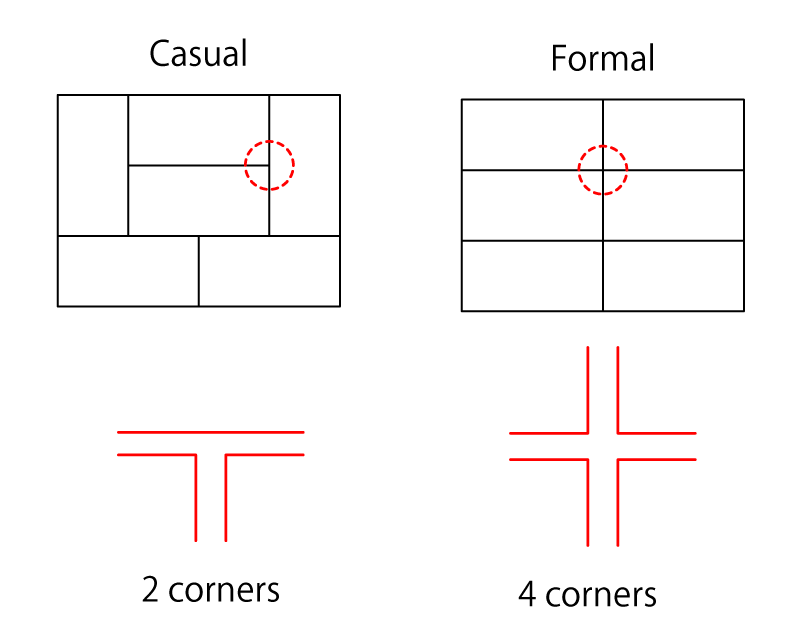