Komainu is a pair of statues in the form of imaginary lion-like creatures, which is commonly found at the entrance of Shinto shrines.Komainu statues were used to be called Shishi-Komainu, in which the right statue is Shishi with the mouth open and the left is Komainu with the mouth closed.The horn on the head is also a distinctive feature of Komainu, compared to Shishi. 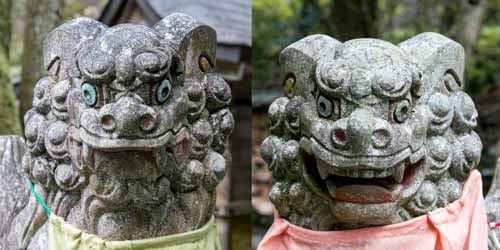 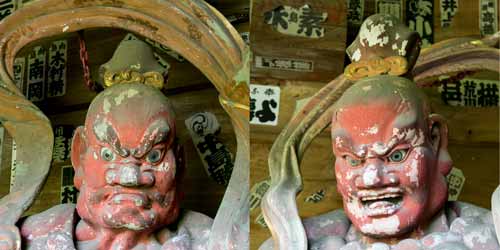 Komainu statues were used to be called Shishi-Komainu, where komainu, the left statue has the horn on the head, and Shishi, the right statue is hornless. 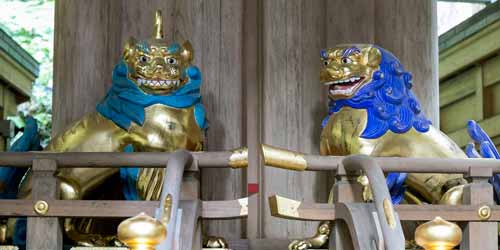