A torii is a traditional Japanese gate, which marks the boundary between the sacred and mundane. Torii Gates are gnerally regarded as a symbol of Shinto shrines, and different styles and choice of materials can be found throughout Japan. 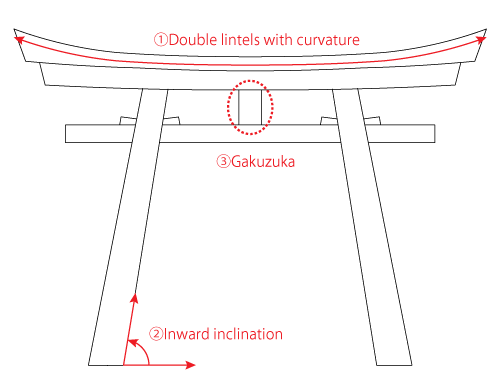 Myojin torii is more ornamental form of torii gate, characterized by the double lintels with curvature. In general, two columns have inward inclination, and lintels and tie beam are connected by a supporting strut called gakuzuka. 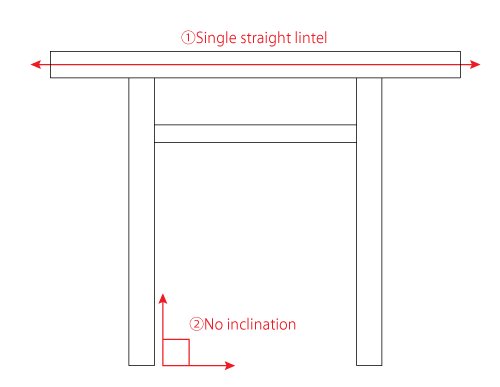 Shinmei torii is the simpler form of torii gate, characterized by the single straight lintel. In general, all elements are round in section and meet at right angles. 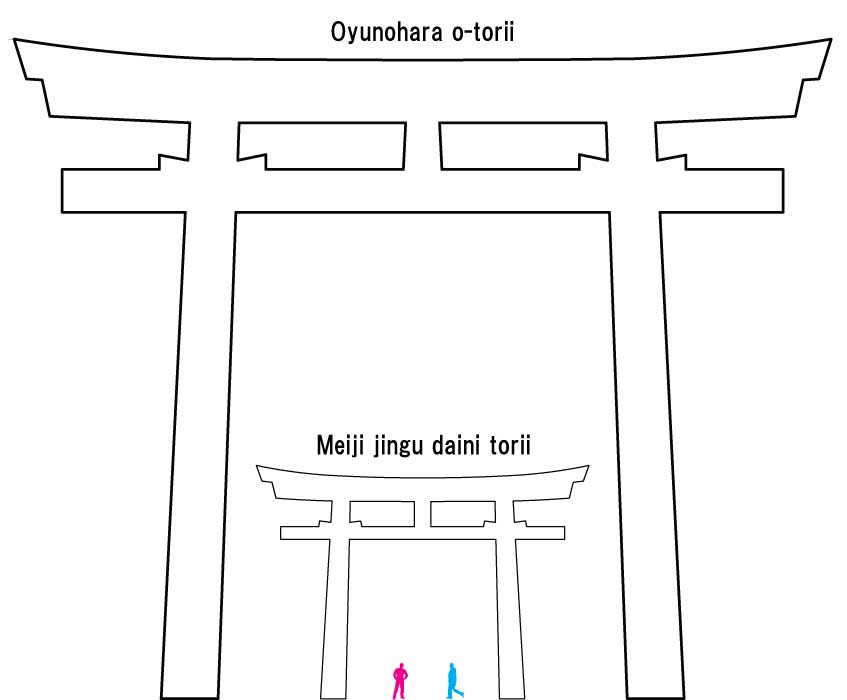 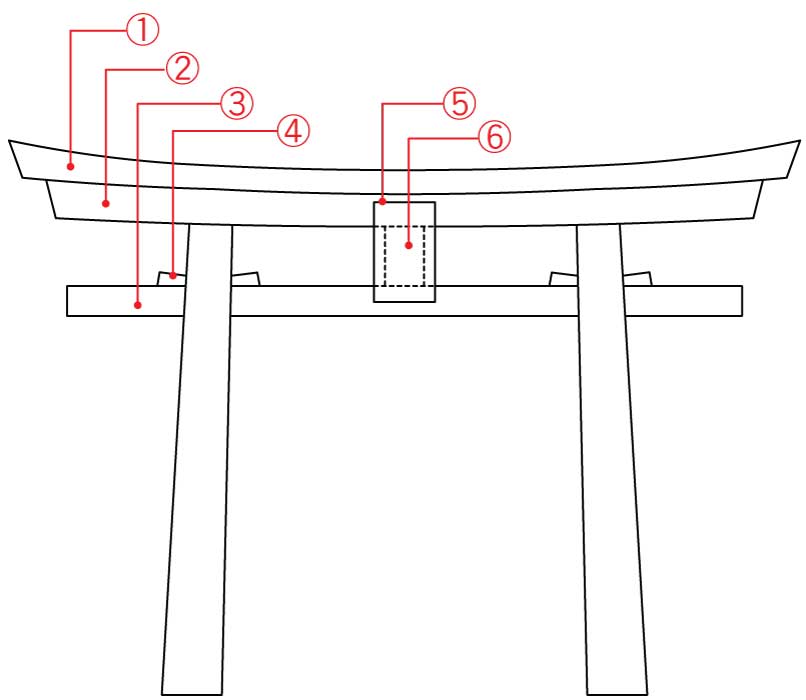